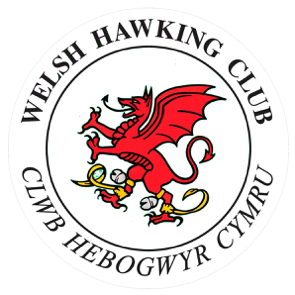 Constitution and Rules Of the Welsh Hawking Club

The name of the club shall be The Welsh Hawking Club

The objective of the club shall be: –

The promotion of Falconry.

The provision of advice and information for members and other interested parties.

The promotion and maintenance of the club ‘Code of Conduct’ amongst its members.

The club shall consist of a President, Vice-Presidents, Chairman, Vice-Chairman, Honorary Secretary, Honorary Treasurer and other committee members as agreed and elected at an AGM.  Each of these members are entitled to attend the committee meetings and to one vote, except the Chairman who does not have a vote. However, in the event of a vote resulting in a tie the Chairman shall then have the casting vote.

A President may only hold post for a maximum of five years.  On retiring from that office, they will become Honorary Members of the Club.

Only full members are eligible for election to office.  The officers and the committee will conduct the business of the club (hereafter referred to simply as the committee), which will meet at such times as it thinks fit.  A quorum for a meeting shall be five members.

Anyone who holds a current conviction under the Wildlife and Countryside Act, The Animal Welfare Act, Cotes or any other offences to a living animal will not be accepted for membership until any ban enforced by a court of law has been spent.  They will then be accepted at the discretion of the committee.

All members of the committee will be elected individually, annually at the AGM.

Members of the club will be approved by the committee.

The annual subscription rate shall be determined at the AGM each year.

Any member whose subscription is more than eight weeks overdue after the end of May shall cease to be a member but will be eligible for approval as an associate member and will pay the full joining fee as appropriate.

Any member wishing to dispose of a bird obtained through the clubs’ breeding project must first offer the bird back to the club at the purchase price.

Only full members are eligible to vote on club affairs.

Proxy and postal votes are not permitted; however email votes are permitted within the committee to ensure the smooth running of the club.

Associate members wishing to obtain full membership may apply in writing to the Secretary for the consideration of the committee.  Prior to applying the applicant should normally have completed at least 12 months membership.  The applicant must normally have successfully trained and hunted with a bird of prey witnessed by a full member.

All members will be strongly encouraged to complete the LANTRA award beginning with the falconry award during the first 12 months of membership. The WHC will assist with training at regional level.

The WHC will offer junior membership to those in full time education.  Junior members will be entitled to attend social and field meetings but not vote on club matters or stand for office.  This membership will be offered without subscription charge for those up to 16 years of age and at 50% discount of full club membership for older juniors in full‑time education.

The WHC will offer supporter membership to anyone who does not keep or fly a bird of prey.  Supporter members will be entitled to attend social and field meetings but not vote on club matters or stand for office.  This membership will be offered at 50% discount of full club membership.

The Annual General Meeting shall be held at the main Field Meeting each year.

Meetings shall be presided over by the Chairman, Vice Chairman or in their absence one of the other officers as appropriate.

The well-being of all birds of prey both domestic and wild together with the continuation of Falconry must be the aim of all members.

Falconry is the flying of trained birds of prey and owls at suitable quarry found in a natural state.  No action must bring this into disrepute.

Every hawk must be properly manned and equipped.

Every endeavour must be made to recover a lost bird.

All birds flown free must have mews jesses removed. All birds must wear a working transmitter and it is strongly advised that it is wearing at least one bell. In the case of un-entered or aggressive hawks, eagles, hybrids, exotics etc., special care must be taken when flown free.

Relevant quarry licences must be obtained where applicable.

Permission must be obtained before entering upon ground and it must be ascertained whether another falconer already has permission in which case his/her permission must also be sought. Due respect must be given to landowners and their property.

The club considers that fox, deer and mink are unsuitable quarry for hunting with birds in particularly with more than two hounds. (In Scotland it is illegal to kill deer by any other means than shooting).

To provide social and educational meetings for members living locally, although any club member will be welcome to attend.

Members will form no new region unless the committee at a committee meeting has agreed it.

All regions must open a bank or building society account in the name of the WHC. It is recommended that the account have two signatories.

Any non-members attending will be made welcome for 3 meetings after this time they will be given the opportunity to complete an application form to join the club. If they decline they will no longer be allowed to attend the meetings, even as a guest of another member.

A register of attendees will be kept at all meetings, primarily to enforce rule 3.

The regional secretary will forward a written report each year to the Editor of the Austringer, to reach him no later than the end of February for inclusion in the Austringer for that year.

A report must be sent by the regional Treasurer to the club Treasurer showing the state of the region’s finances, to reach her no later than the end of September for inclusion in the Treasurer’s report at the AGM.

Each region will hold an election at its next meeting following the AGM.  It will elect from its full members a Chairman, Secretary and Treasurer to run the meetings. One of these may also be elected as a member to attend the main meetings. This representative will have full voting rights.

In the event that the Club is wound up either voluntarily by a resolution of the membership or by order of the Court then any surplus assets after discharge of any residual liabilities shall be paid or given to the British Archives of Falconry.